Amethyst is the name given to the purple variety of the mineral quartz, which is the most abundant gem material in the Earth's crust and formed from the elements silicon and oxygen. It comes from the Greek word "amethystos", which means “not drunk” or "not intoxicated". The name is connected to the belief of the ancient Greeks that amethyst would protect the wearer from drunkenness and keep them clear-headed. The Greeks even made wine goblets from amethyst so that they could supposedly drink with impunity.

Historically, amethyst was considered to be of a similar value to ruby, sapphire and even diamond. Since the colour purple has been associated with royalty, amethysts were often used in royal jewellery. However, more recent discoveries of large quantities of good quality material has changed that view and now the price of amethyst is relatively much lower than in former times.

Amethyst commonly grow as geodes, which are formed when crystals grow inside spaces within a rock. Geodes can be quite big, sometimes a couple of metres across. 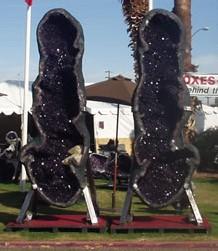 The largest amethyst geode ever discovered was found in Uruguay and named appropriately, “The Empress or Uruguay”. The geode is almost 4 metres tall and weighs approximately 2500kg. It was unearthed in the Artigas region of northern Uruguay, the source of many of the world’s finest quality amethysts.

Check out the amethyst now available on our website!

Amethyst is often found along with other varieties of quartz, such as citrine, rose quartz, smoky quartz and chalcedony. It is sometimes the case that amethyst and citrine grow in adjoining parts of the crystal and can be cut to produce the bi-colour gemstone, ametrine.

Amethyst is often designated as the birthstone for people born in February. 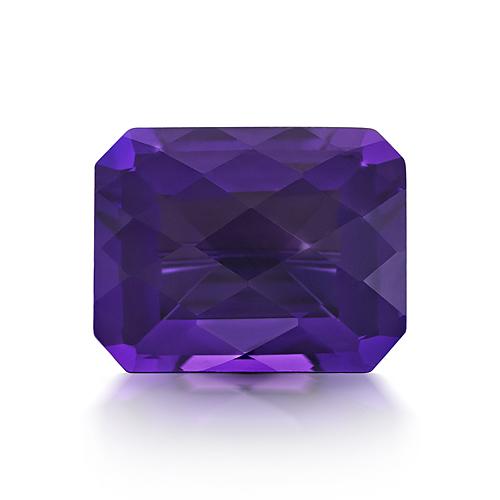 As with all quartz, amethyst has a hardness rating of 7 as defined on the Mohs Scale, so it can be used in all kinds of jewellery. However, amethysts will become worn over time and are probably not the ideal gemstone for daily wear, such as engagement rings. Since it is not uncommon to find large and clean amethyst crystals and also because amethyst is relatively easy to cut, faceted amethyst comes in all types of shapes and sizes.

As well as in Uruguay, high quality amethyst can be found in Brazil, Russia, Sri Lanka and Zambia.

Check out the amethyst now available on our website! 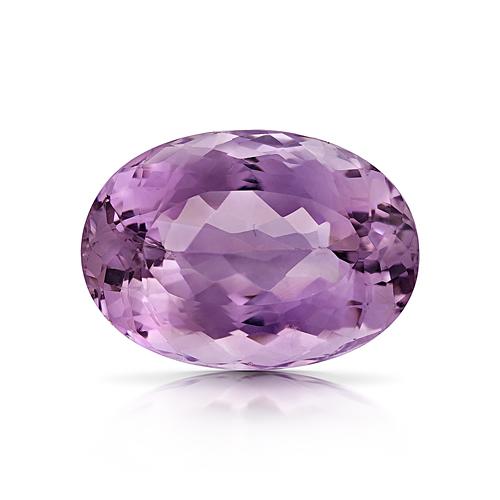