Certain gemstones are associated with particular months of the year and are known as birthstones. There are lists of birthstones from a number of different organisations, as well as certain regional variations. These are the more common month/gemstone combinations for July, August and September:

The name “ruby” is given to gem material from the corundum family with a dominant red hue. Historically, some exceptional ruby was mined in the Mogok Valley in Myanmar (Burma) and Burmese ruby often commands a high price.

Ruby is a very hard gemstone, which is highly resistant to scratching. This means that it is perfect for daily wear in engagement rings.

In Sanskrit, the word for ruby is ratnaraj, which means “king of gems”. It has been said that, if worn on the left hand, a ruby will bring good fortune to its wearer. 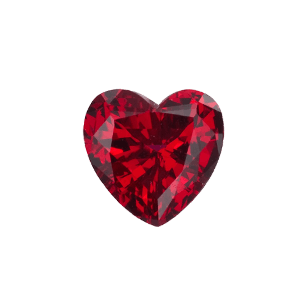 Peridot is the name for gem-quality examples of the mineral olivine. It is one of just a few gem minerals that forms deep in the earth’s mantle, rather than in the crust.

The gem has also been found in outer space and in 2005, some peridot was found in comet dust brought back from the Stardust robotic space probe.

The ancient Egyptians called peridot the gem of the sun. They mined peridot on the Red Sea island of Zabargad, the source for many large fine peridot in the world’s museums. 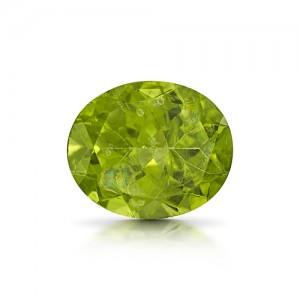 Sapphire is a member of the corundum family of gem minerals. Some of the best blue sapphire in the world has originated in Ceylon (Sri Lanka) and Kashmir. The term “Kashmir Sapphire” is often applied to outstanding examples of this gemstone, even when the stone itself did not come from that region.

The vast majority of blue sapphires on the market today have been heat treated in some way to improve their colour and clarity. Heat treatment in a gas or electric furnace is now a standard procedure in the gem industry.

This beautiful gem has long symbolized truth, sincerity and faithfulness. Since sapphires are also said to represent “divine favour” they have traditionally been a favourite gemstone for kings and queens. For example, the British Crown jewels contain many blue sapphires.

Colour: Blue, ranging from very pale to very dark, sometimes with a green tinge, but can also be pink, green, yellow, clear and other colours.
Hardness: 9
Sources: A number of locations including Sri Lanka, Madagascar, Myanmar, Australia, Thailand and various African countries 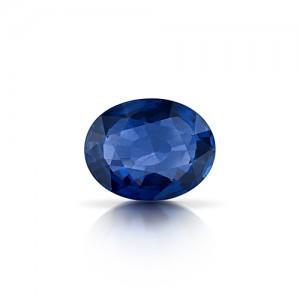