The audacious and shocking robbery from Hatton Garden Safe Deposit over the Easter weekend has stirred a number of reactions and responses from the media and the industry, some of which have been less than helpful or appropriate.

Since the theft was first reported, the headlines have been full of sensationalist theories. Speculation abounds as to the identity of the perpetrators, where have they gone, what did they steal and how they pulled it off. Unsubstantiated estimates of the “hundreds of millions” that were stolen have featured prominently.

Less thought, however, has been given to the many hard-working men and women of Hatton Garden who have had their livelihoods seriously threatened by their losses. 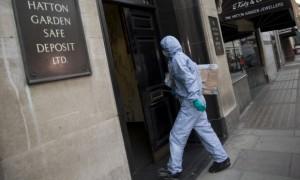 It was refreshing to see Retail Jeweller’s Ruth Faulkner and the COO of the London Diamond Bourse, Victoria McKay, both expressing much more restrained and realistic responses to the weekend’s events (see links below). Calmer voices in the midst of Hollywood-hyperbole from some of the other news sources.

Not every person who uses a safety deposit box is a multi-millionaire. In Hatton Garden, normal business people trade in valuable materials which need secure storage. The loss to these individuals could be devastating. We should all think of that human element when others seek to portray this as a victimless crime.

Quite evidently, the robbers were organised, well equipped and thoroughly professional. This is not the kind of theft that happens every day, so in some sense, we can be thankful for that.

However, at a time when there are many positive things to say about the jewellery industry in the UK, the Hatton Garden robbery has put it in the spotlight for all of the wrong reasons and the consequences for many of the victims could be very dire indeed.