22Apr Is it fiery or is it brilliant?

When we are talking about the appearance of gemstones, there are a couple of descriptive words that often case a bit of confusion - fire and brilliance. The words might seem to convey a similar idea, but in a gemmological sense, these technical terms mean quite different things.

So what are gem experts saying when they refer to a stone's fire or its brilliance? Both of these properties are desirable, but we need to know why... 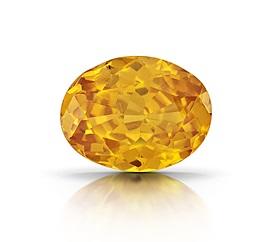 When we speak of brilliance, we are talking about the light that is reflected from the inside of a gemstone (rather than from its surface). That might be white light (for white or colourless gemstones) or a particular coloured light (for coloured gemstones). If the gem cutter has done a good job with their proportions and angles in the cut stone then the facets of the gem's pavilion will reflect the maximum amount of light back through the table facet and into the eyes of the person viewing the stone. 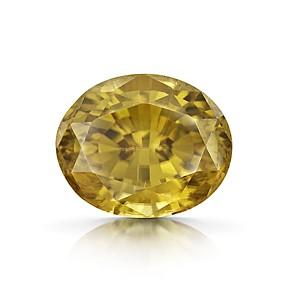 It is another behaviour entirely that creates what we know as the fire (also known as dispersion) in a gemstone. Fire is an effect of the light passing into the dense gem material and being split into the colours of the spectrum by refraction. As the white light enters the gem, the different frequencies of light are refracted by different angles, thereby splitting the white light into the various constituent colours, from red to violet, and we see the rainbow effect inside the gemstone.

Diamond is undoubtedly the gemstone that is the most well known for its fire and it is the case that we can see the rainbow colours most clearly in colourless or light-coloured stones.

However, some coloured gems also exhibit notable fire, such as sphene, demantoid garnet, sphalerite and zircon, as well as the man-made material, cubic zirconia. 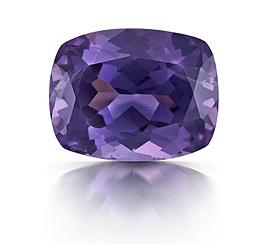 Some other factors will affect the fire of a gemstone. Darker or more included stones will not show as much fire as lighter and/or cleaner gem material, so we cannot rely on the refractive index alone. Each stone has to be viewed as an individual case. 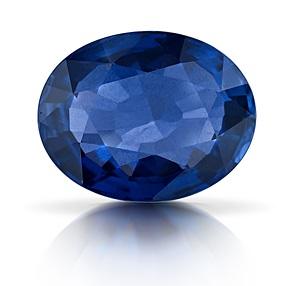