The annual trip to Sri Lanka for Kandy Kids’ founder, Steve O’Driscoll, took place again in January and we are pleased to report that it was a resounding success.

Steve spent several weeks visiting the orphanages and children’s homes in Kandy and Negombo, carefully allocating the money that had been raised through various activities in the UK during 2015, so that it would have maximum possible benefit. 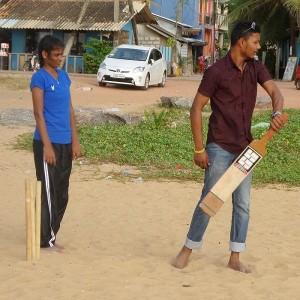 Starting in Negombo, Steve organised some events for the girls at Sunrise Children’s Home, including a beach barbecue, birthday tea party and a cricket coaching session. He also arranged for the home to be repainted internally and some new shoe racks to be installed. 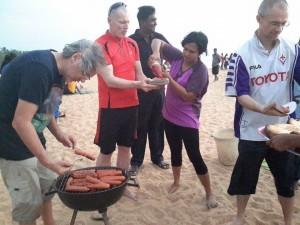 Moving on to Kandy, the priority for Tikiri Sevana was, as always, for food, medicine and nappies. The number of young babies at the orphanage increases steadily, so the demand for essential items grows accordingly. At Tikiri, Steve also replaced the swings in the playground which was set up previously by Kandy Kids.

The children at Sighiti Sevana are always pleased to see Steve as it usually means a party or two and lots of their favourite food. As well as these treats, this year, Kandy Kids provided a new cooker for the orphanage. 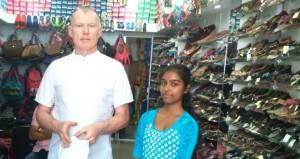 Lastly, at the Daya Nivasa care home, Steve donated large quantities of medical supplies which are needed for the children on a regular basis. The nuns and volunteers at Daya Nivasa look after around 130 physically and mentally disabled children who have been abandoned by their parents and they do this without any government funding. It is a huge task and one which Kandy Kids is fully committed to supporting as much as possible. 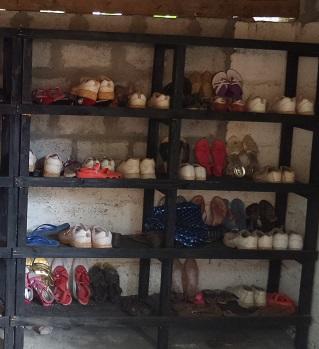 Looking back at the trip, Steve commented, “Yet again, we have achieved so much in such a short space of time. Every year, we receive incredible support from our fundraisers in the UK and also from the people here in Sri Lanka, who help us in many ways on the various projects at the children’s homes. I am very grateful to everyone who contributes so generously to Kandy Kids in terms of both time and money. Thank you!”.