In January, Kandy Kids’ founder, Steve O’Driscoll, made his annual trip to Sri Lanka and, as usual, he did an amazing job of using the funds raised during the previous year to maximum effect. 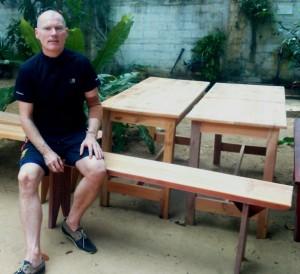 Yet again, the number of children at the Tikiri Sevana orphanage had increased and the main need there was for as many day-to-day supplies as possible, such as food, nappies and medicines. Steve made quite a few tuk-tuk trips to the local shops and back! 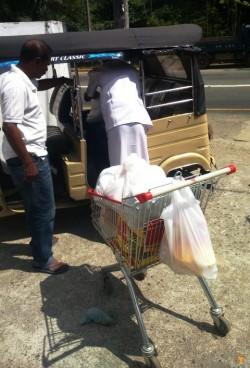 For the children at Sighiti Sevana, Steve arranged for a number of “tea parties” and other special events that were very well received.

At Daya Nivasa care home, they needed material to make bibs for the children, so Steve sourced that for them, along with medicines and food. 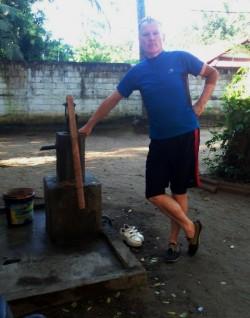 Unfortunately, for the second year, it was not possible to visit the Sarana Sevanna orphanage, but Steve hopes that will change next year.

This year, Steve made the money go even further and managed to help a number of poor, local families in the Kandy area, providing books and school uniforms to several children. 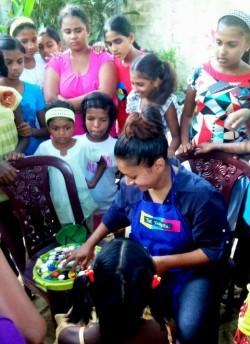 Last, but not least, Kandy Kids is now supporting the Sunrise Children’s Home in Negombo, which provides a home to almost 30 young girls. Steve arranged for some crucial repairs, new furniture and even put on a birthday party for one of the girls during his few days there. 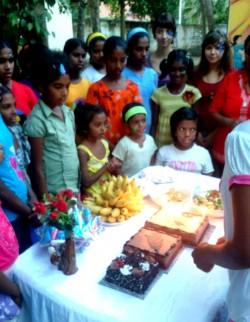 “Every year we try to do a little more with the kind donations we receive”, explained Steve. “There is so much work to be done here, we could spend the money 10 times over, so it inspires us to work even harder to raise more for next year. When you see the positive effect we have, it makes everything worthwhile. I’m already looking forward to being here again in 2016”.