Probably the most exciting time for both gem mine owners and their mining teams is the thrill of washing day when everyone gathers to find out if their digging efforts have brought them a shiny reward. Miners in Sri Lanka often receive a share of the value of all gemstones discovered, so this is the day when they earn their bonus.

Assuming that fortune has been kind and a sufficient quantity of gem gravel (called “illama” in Sinhala) has been found then usually a day is specifically allocated to look through the mixture of mud and stone to discover what is hidden within.

However, even if some illama has been unearthed, this is still a lottery that might not have any prizes. There are never any guarantees in mining…

In the artisanal mines of Sri Lanka the washing process is often a manual one. Using a small reservoir constructed away from the gem mine itself, the team washes the gravel using traditional wicker baskets (called “garum watti”). 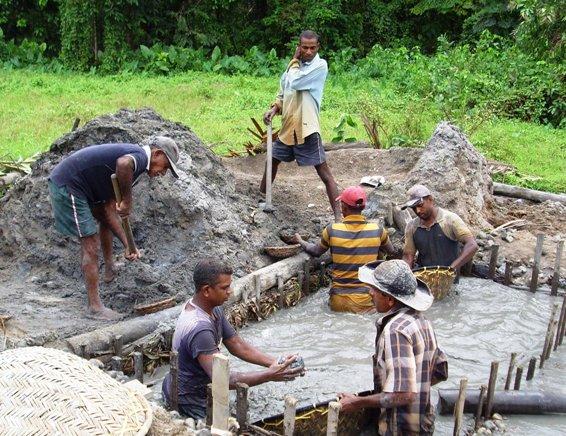 Mixed with water in the garum watti, the gravel is washed a few handfuls at a time, using a circular motion to rotate the basket in the water. The heavy rim of the basket prevents the heavier stones from falling out, whilst the gravel is being cleaned. This manual method is incredibly hard work.

For larger mines, mechanical help may be on hand in the form of washing machines. These noisy, vibrating beasts take in a mixture of gem gravel and water and sift out the heavier material which is collected in trays at the bottom of the machine. 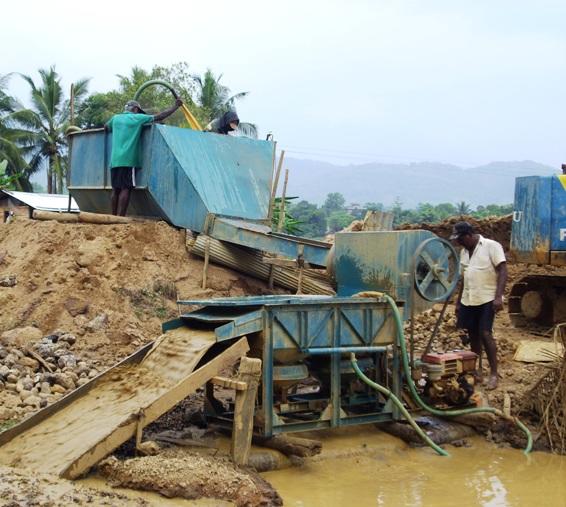 Whichever way the illama is washed, the end result is hopefully a pile of stones that may contain some valuable gemstones.

The miners’ expert eyes assess the material, quickly going through the handfuls of stones and identifying what is worth keeping, whilst discarding the rest. Using clues such as the crystal shape, colour and transparency, the skilled miners make decisions based on years of experience, rather than any formal gemmological training. 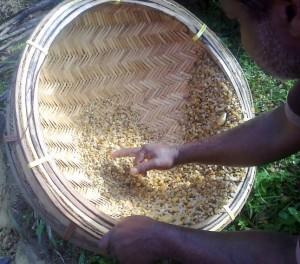 In amongst the gravel, the sorters also take notice of opaque, black stones (known as “katta”), which are “dead” gem material. Katta can be an indication that good quality gems are present, as they are often found together.

At the end of the day, from all this activity, everyone hopes for probably just a few small gems that justify and compensate the efforts of the team. Of course, there is always the hope that they find something more spectacular. That’s the thrill of mining’s “lottery”… 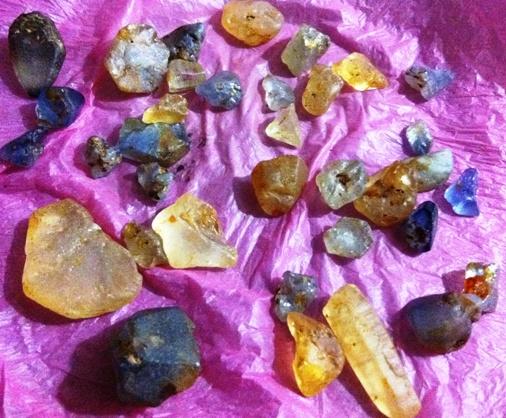