When most people hear the term “mining”, they usually think of a large scale operation, such as a diamond mine, where the pit can be up to 1 mile across and the gem material buried deep in the Earth’s crust. It is said that these monstrous holes can be seen from space.

In Sri Lanka, nothing could be further from the truth. The mines are classified as ASM (Artisanal Small-scale Mining) and are typically run by a team of 6-12 experienced miners with simple equipment and techniques. This has the advantage of being relatively inexpensive, but very importantly, it is much more environmentally friendly. 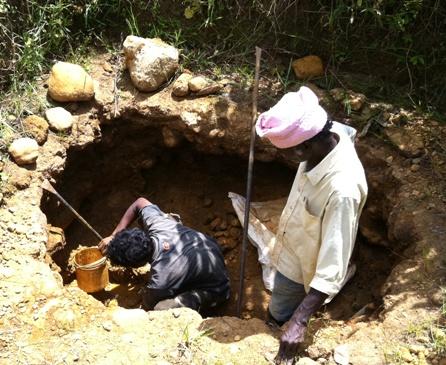 The most basic operation is shallow mining, where the gem gravel (known as goda illama – literally, “surface gem gravel”) is only 1-2 metres below the surface and can be extracted very easily with minimal impact on the surrounding environment or danger to the miners. 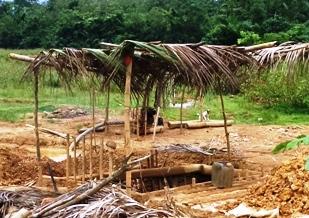 Where the illama is slightly deeper, the mining team undertakes open cast mining. The top layers of soil (up to several metres) are removed, either manually or using an excavating machine, to expose the gem gravel, which is then extracted. As the miners are only interested in the gem-bearing gravels, the other material can be easily replaced to restore the land to its previous state. With open cast mines, it is usually the case that the land recovers within a few months and is soon ready for reuse. 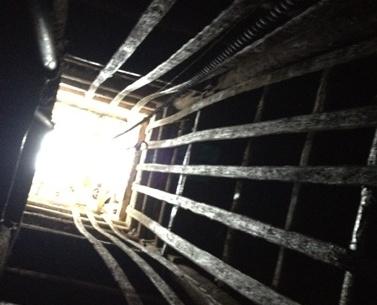 Another type of mine that is very common in Sri Lanka is a simple shaft mine, designed to extract yati illama (yati means “underneath”). These mines are of wooden construction and built using local materials, as far as possible. The surface opening typically measures a few metres square and the depth can be in excess of 20 metres. 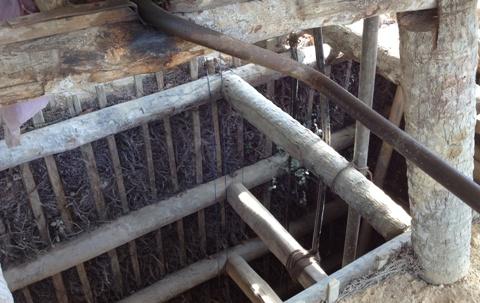 The shaft itself is formed using wooden supports (called tattuwa) which are placed about every half-metre. The mine depth is normally quoted in a number of tattuwa, giving an approximate indication of the depth. The sides of the shaft are packed with branches and other natural material to prevent erosion. The shaft is usually protected from the elements by a temporary “shed” structure, again made mainly from wood and branches or palm leaves. These sheds are clearly visible from the main roads in Sri Lanka’s mining districts and are easy to dismantle once the mine is completed. 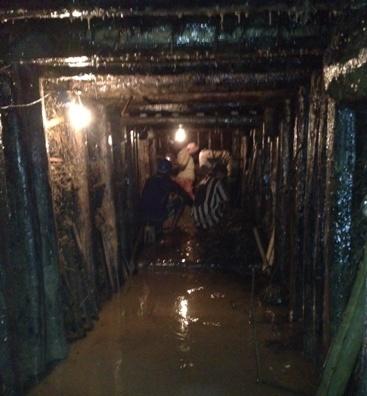 Where necessary, the shaft mines will also incorporate underground mining (known as dona pathal), as the miners follow the seams of gem gravel from the main shaft by digging tunnels (called donava) up to a few metres in length. Of course, depending on the depth of the shaft, this can be quite a hazardous undertaking and the miners must exercise extreme caution. 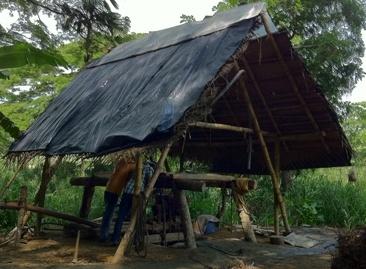 The last type of mining is the least common and involves dredging river beds for the gem gravel or even diving into deep rivers to recover the illama. Of course, the impact on the environment of this activity could be very detrimental and it is extremely rare for the National Gem and Jewellery Authority (NGJA) to give permission for such operations, since the damage done could be irreparable. 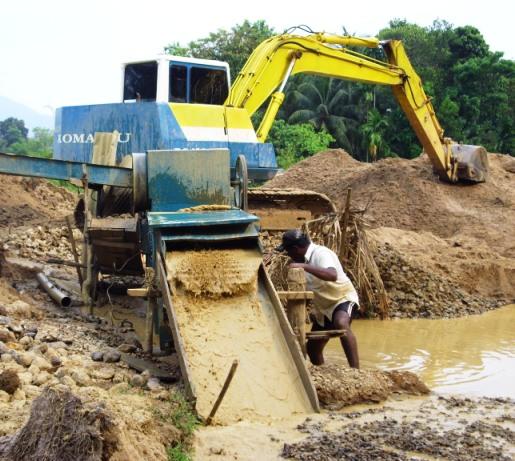 Overall, however, the mines in Sri Lanka are well regulated and constructed in such a way that they leave no lasting scars on the countryside. The restoration of mining plots is monitored by the NGJA. The miners themselves are typically very respectful of the environment and their techniques and materials reflect that.

By conducting mining with these restrained and small-scale methods, the industry in Sri Lanka maintains employment for tens of thousands of people in a controlled, sustainable and responsible way.