Many people are impressed with the sheer beauty and sparkling magnificence of sapphire, but behind the dazzling outward appearance, there are plenty of fascinating facts and figures. Some of these attributes are essential for gemmologists for identification purposes. 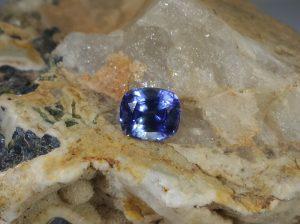 Sapphire is a gemstone variety of the oxide mineral corundum, comprising of the two elements aluminium and oxygen. These are the chemical “ingredients” required to form sapphire crystals. 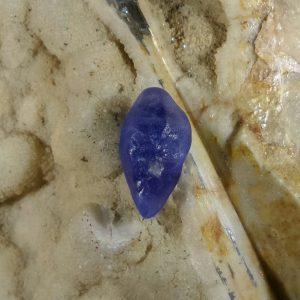 Although sapphire is generally thought of as a blue gemstone, pure corundum (aluminium oxide) is colourless. In fact, blue sapphire occurs when the crystals contain small amounts of iron and/or titanium. Iron will also give corundum a yellow or green colour. In a similar way, trace elements of chromium can turn corundum pink, and hence forming pink sapphire. 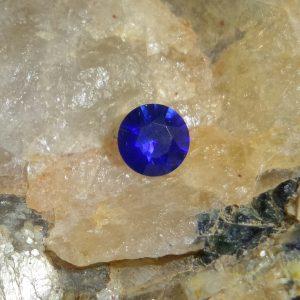 Whilst sapphire comes in many colours, the notable exception is red, because red corundum is called ruby.

On the Mohs scale of hardness, sapphire is rated as a 9 (as is ruby), making it second only to diamond in terms of its resistance to scratching. This is one of the reasons why it is a popular choice in jewellery that is worn regularly, such as engagement rings. 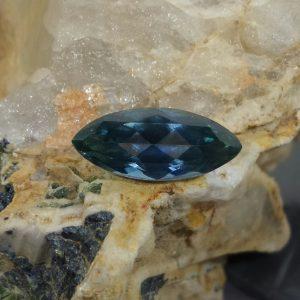 An important measure for gemstone identification is the refractive index (RI), which quantifies the difference between the speed of light in a vacuum and the speed of light in another material, such as a gemstone. Sapphire is a doubly-refractive material. When a beam of light enters a doubly-refractive gem, it is split into two beams, each travelling at a different speed and on a different path through the crystal. For this reason, the RI of sapphire is between 1.76-1.77 when measured with a refractometer. 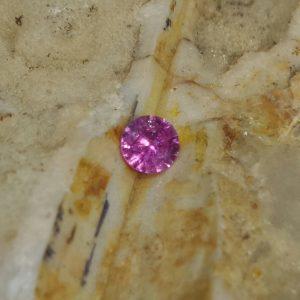 Another key feature used for identifying gemstones is the specific gravity (SG), which is a measure of the density of the gem material relative to the density of water. There are various ways in which this can be measured (see this page for more info – http://www.bwsmigel.info/GEOL.115.ESSAYS/Gemology.Specific.Gravity.html). For sapphire, the SG is between 3.95 to 4.03, depending on the variety. 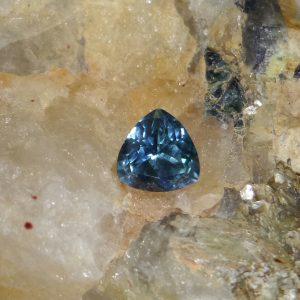 In terms of the underlying crystal, sapphire belongs to the trigonal crystal system, structured with three planes of symmetry and four axes. The exact external form of the crystal depends on the specific variety and place of origin, but can sometimes be used to narrow down the geographical area where the sapphire formed. 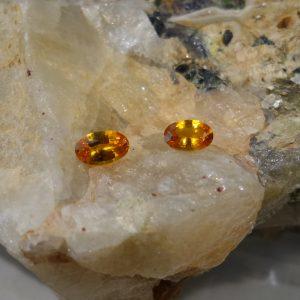 There are many more scientific facts about the sapphire, but suffice to say, there is so much more to September’s birthstone than simply being the most popular blue gem in the world.