This year, I was fortunate to spend the first two weeks of February at the most impressive, diverse and occasionally quite overwhelming gem and jewellery show on Earth. Simply put, this annual extravaganza in Tucson, Arizona is a rockhound's ultimate dream.

This was my second visit to Tucson, so I had some idea of what to expect. Even so, one cannot fail to be impressed by the vast array of gems, jewellery, mineral specimens, fossils, sculptures, artwork and a whole lot more besides. The sheer scale of it all is a struggle to take in. 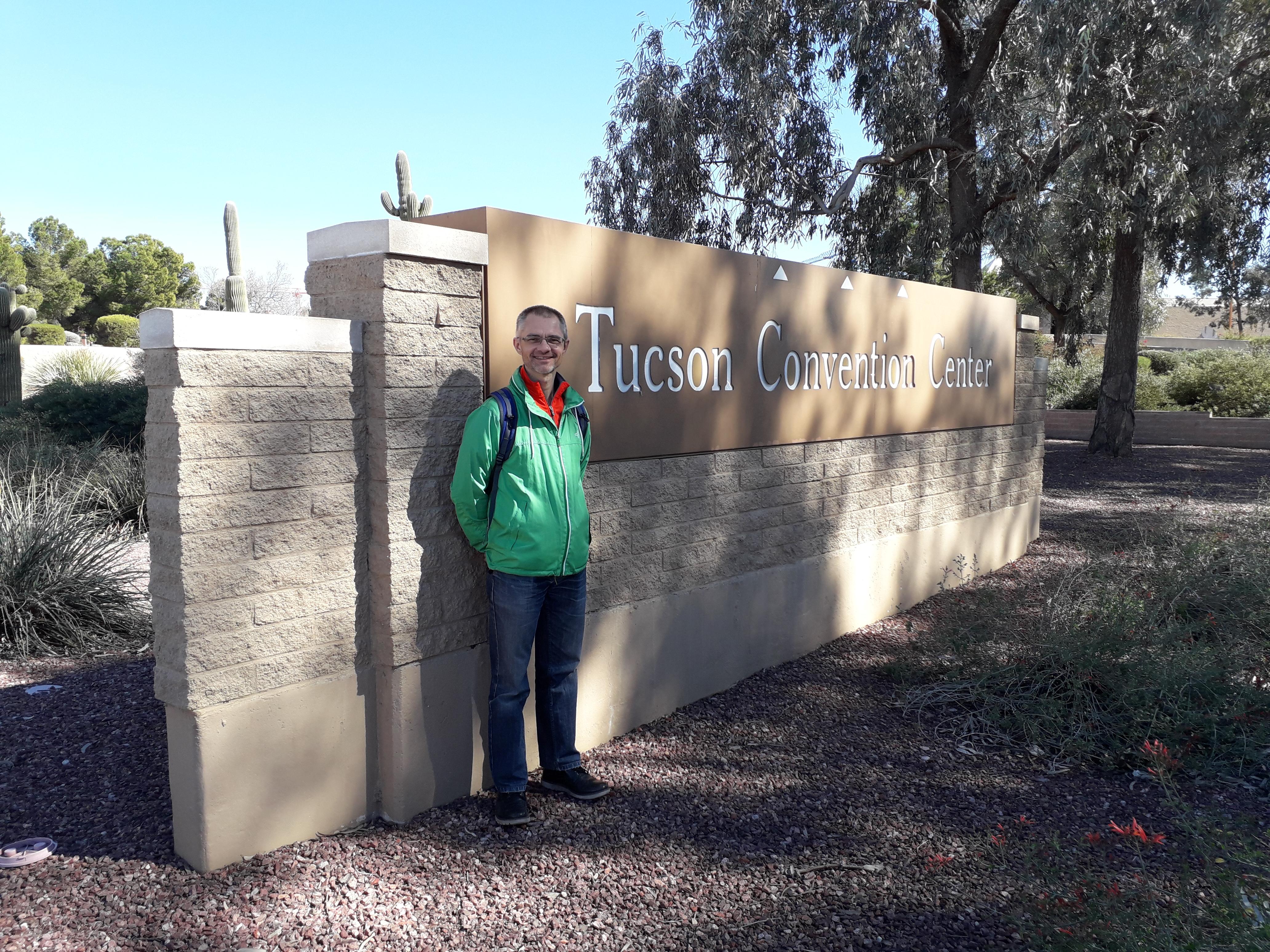 The term "gem show" is a little bit misleading. For a few weeks in January and February each year, the city is dominated by a multitude of activities all across town. It's not only the large venues that host events. Everywhere you turn there is something happening related to gemstones and jewellery. There are little pop-up shops and big tents in car parks, hotels and motels converted into gem fairs and you can even find people selling their wares from a blanket on the sidewalk (or pavement, if you're a Brit). Our industry comes to town in a big way. 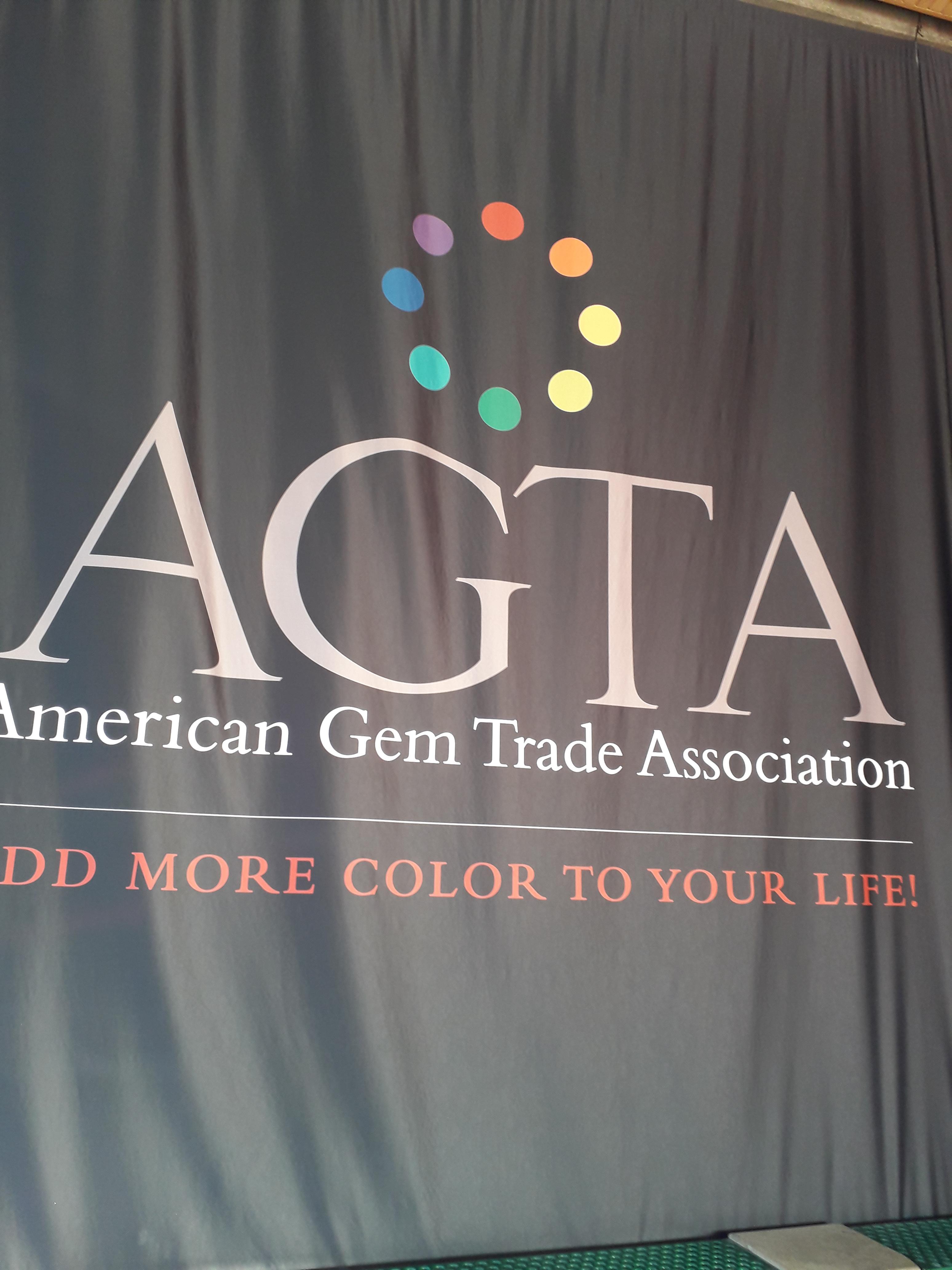 You certainly need to be up to speed with your acronyms. Don't confuse your JOGS with your JGM or your JCK. All very different events! The main shows for me are AGTA (American Gem Traders Association) at the Tucson Convention Centre and GJX (Gem and Jewelry Exchange) which is just across the road. Each of them run for 6 days and you could easily spend that long looking at everything on display. I visited each one several times and, if you only have a short time in town, those are the places to start. After that, if you still have some time and energy, there is the magic of Pueblo at the Ramada Hotel. You can lose yourself wandering in and out of the hotel's bedrooms, each one converted into an Aladdin's cave, full of precious stones and other treasures. I spent a while in one room learning about the peridot from the San Carlos Apache Reservation and then had a lesson in rainbow lattice sunstone from an Australian gem cutter.

All over town, you'll find industry people - designers, retailers, importers, dealers, lapidaries and manufacturers. One of my favourite things to do is seek out the actual miners. There are quite a few around. From Australia, South America, Africa and even Europe (in particular a purveyor of Finnish spectrolite), you can find people here who are actually digging the gemstones out of the ground themselves. Of course, there are quite a few US rockhounds too. They all have fascinating stories to tell about their exploits hunting for gems and minerals. Before you know it, an hour has passed just chatting at one booth! 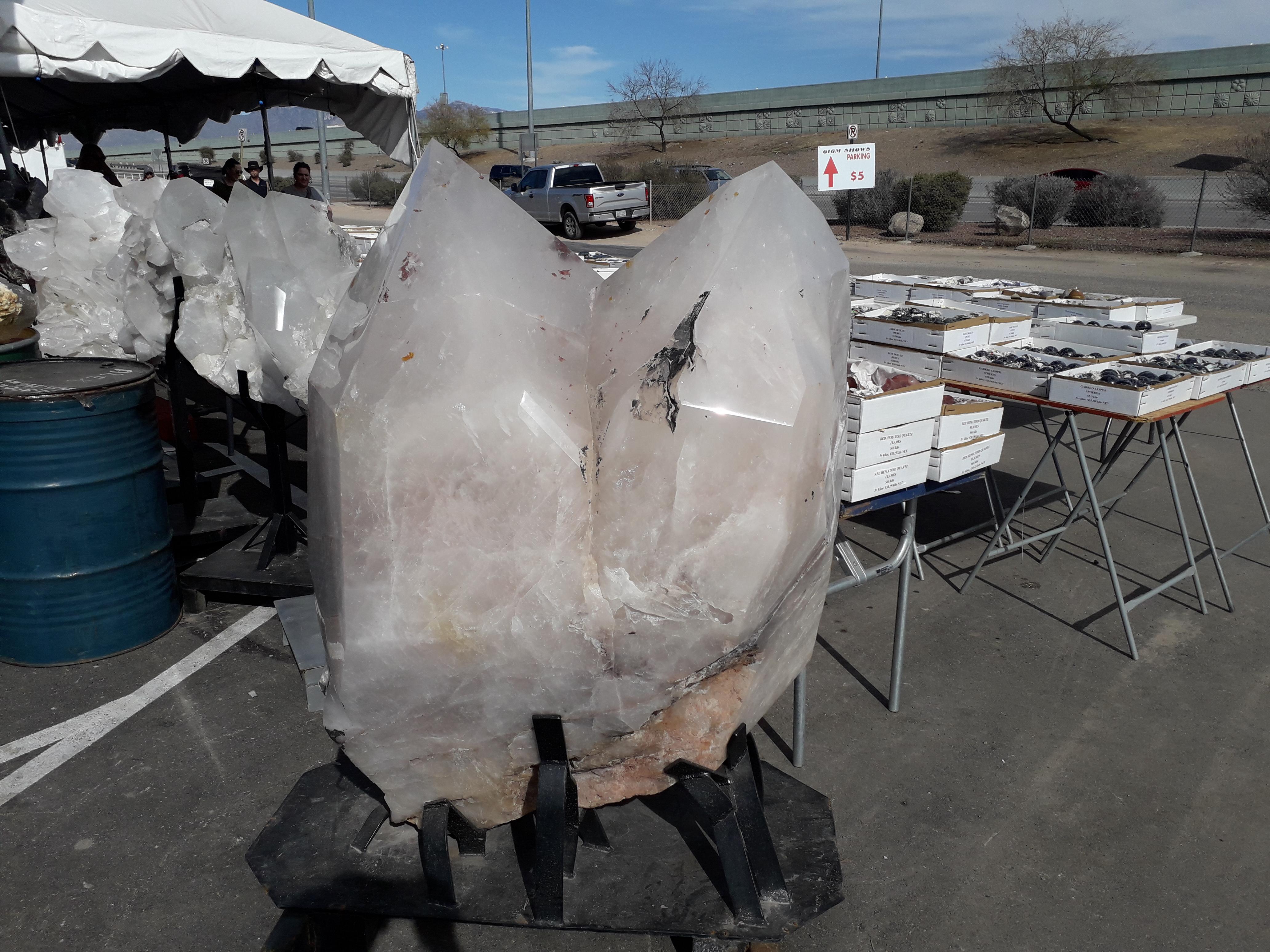 As an advocate of traceable and transparent sourcing, the few things I buy for my collection in Tucson come from miners or people with a clear and direct link to the mines. For me, the saddest thing about the whole Tucson experience is that there is so much material I cannot buy because of its lack of traceability. However, there is some cause for optimism on that topic, as increasing numbers of people put more effort into tracing their supply chains. The times are changing...

To reach some of the shows, you will need a car or an Uber account. Tucson is a city that sprawls in every direction and a few of the events are a little way from the centre of town (notably the Marriott Starr Pass Hotel, which hosts the JCK show and many of the parties). Don't forget to pace yourself too. The desert environment creeps up on you and the danger of dehydration is real. It's all too easy to be distracted by the shiny things and forget to top up your water bottle. I should mention that there is a free shuttle service that will ferry you between some of the shows, but the buses run on one-way loops and waiting times can be long. Something you don't want to do in the Arizonan sunshine.

This is definitely a place to do some business. There are deals being agreed left, right and centre, ranging from a few strings of beads to a 6-figure piece of bejewelled artistry (and all things in between). However, it isn't only about the buying and selling in Tucson. There are numerous conferences, workshops and lectures. My first two days were spent at the Jewelry Industry Summit, a key event if you're interested in the responsible sourcing of jewellery materials. We had an excellent line-up of speakers, covering topics from emerald mining in Pakistan to the accurate use of jewellery terminology. You will find any number of educational opportunities, often with some of the most renowned experts in their fields. The AGTA talks are amongst the best, although there seemed fewer of them this time compared to my previous visit. 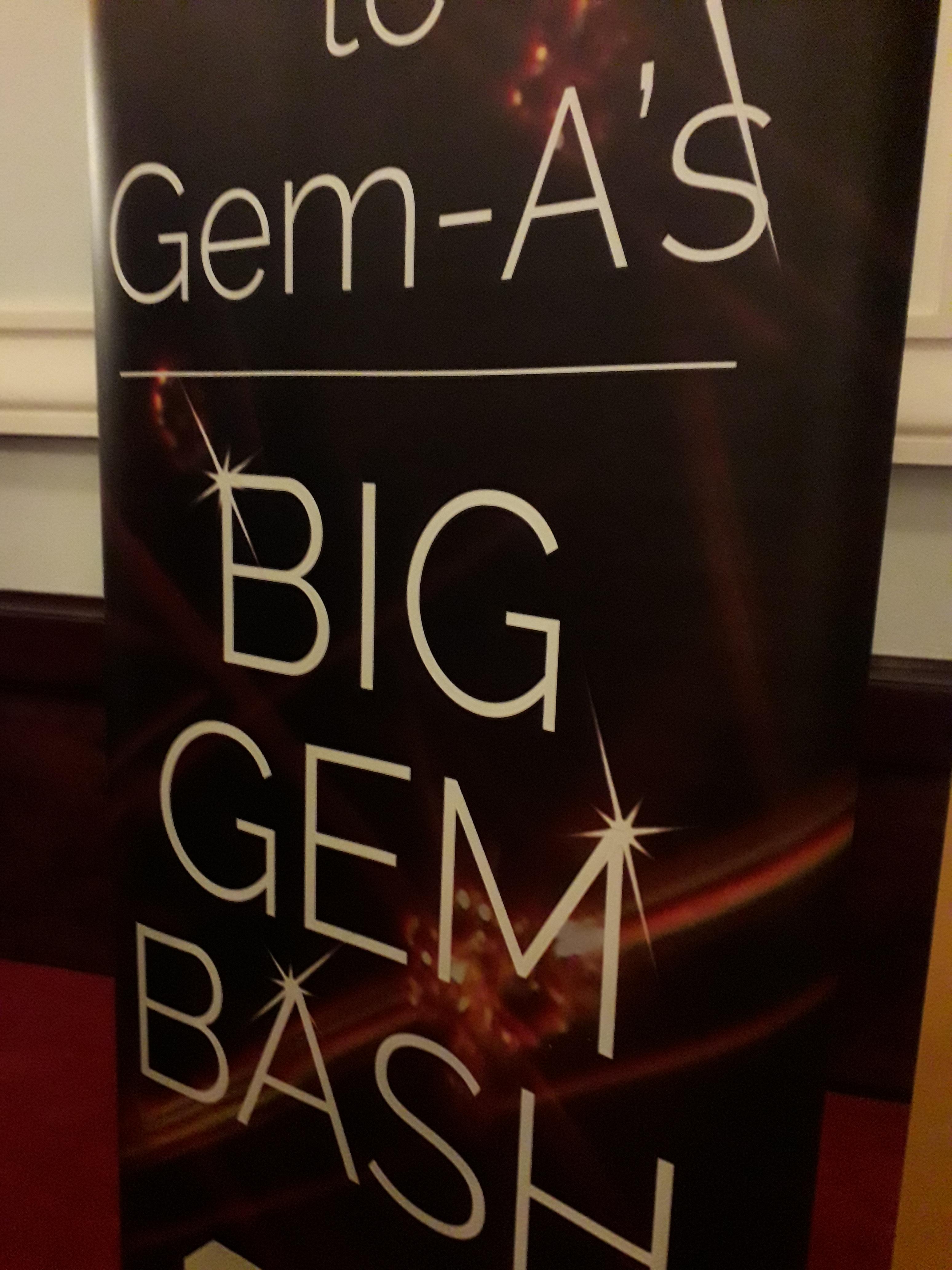 Without doubt, Tucson is about meeting people too, both making new friends and seeing old ones. The networking opportunities (by this, I mean the parties) are happening almost every night (and sometimes during the day too!). I was lucky enough to attend the so-called "Big Bash", hosted by Gem-A (the Gemmological Association of Great Britain), in my opinion one of the best. Other big events were put on by GIA, WJA, Ethical Metalsmiths, Gemmology Worldwide. The list goes on... I found time to attend a lunchtime presentation by Greenland Ruby, a talk on the Provenance Proof platform from Gubelin and the launch of Gem Legacy, a charitable initiative working in East Africa. At these events, you can often find many of the key people in the industry and some say it is at the parties where the real business is done.

Beyond the shows and the talks and the parties, Tucson offers plenty of options to tourists too. If you do find a spare minute or you simply need a break, you can visit the OK Corral in Tombstone and watch Wyatt Earp in a gunfight, check out the wildlife in the Desert Museum and go hiking or biking in the mountains (don't forget your water!). Foodies should be aware that Tucson is a UNESCO City of Gastronomy, so you'll find all kinds of culinary delights too. The local craft beers aren't too shabby either. 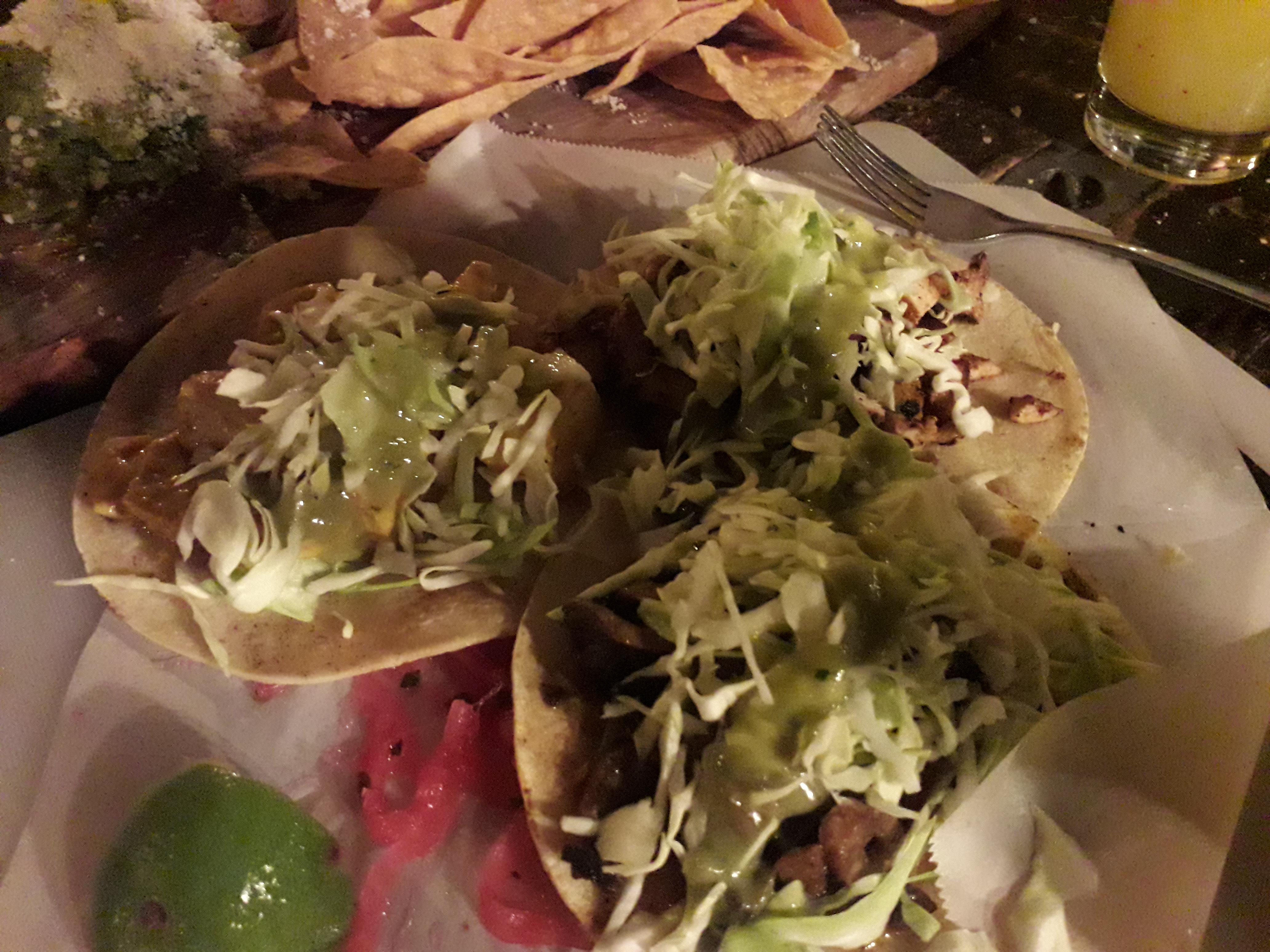 I realise there are many big gem and jewellery shows across the world. However, I would argue that Tucson is the one that everyone in our industry must experience at least once in their lives. There is simply so much diversity on such a massive scale that you are guaranteed to find something (probably several things) that you love. Of course, it's entirely likely that the "once in a lifetime" trip becomes an annual pilgrimage...

You have been warned! :) 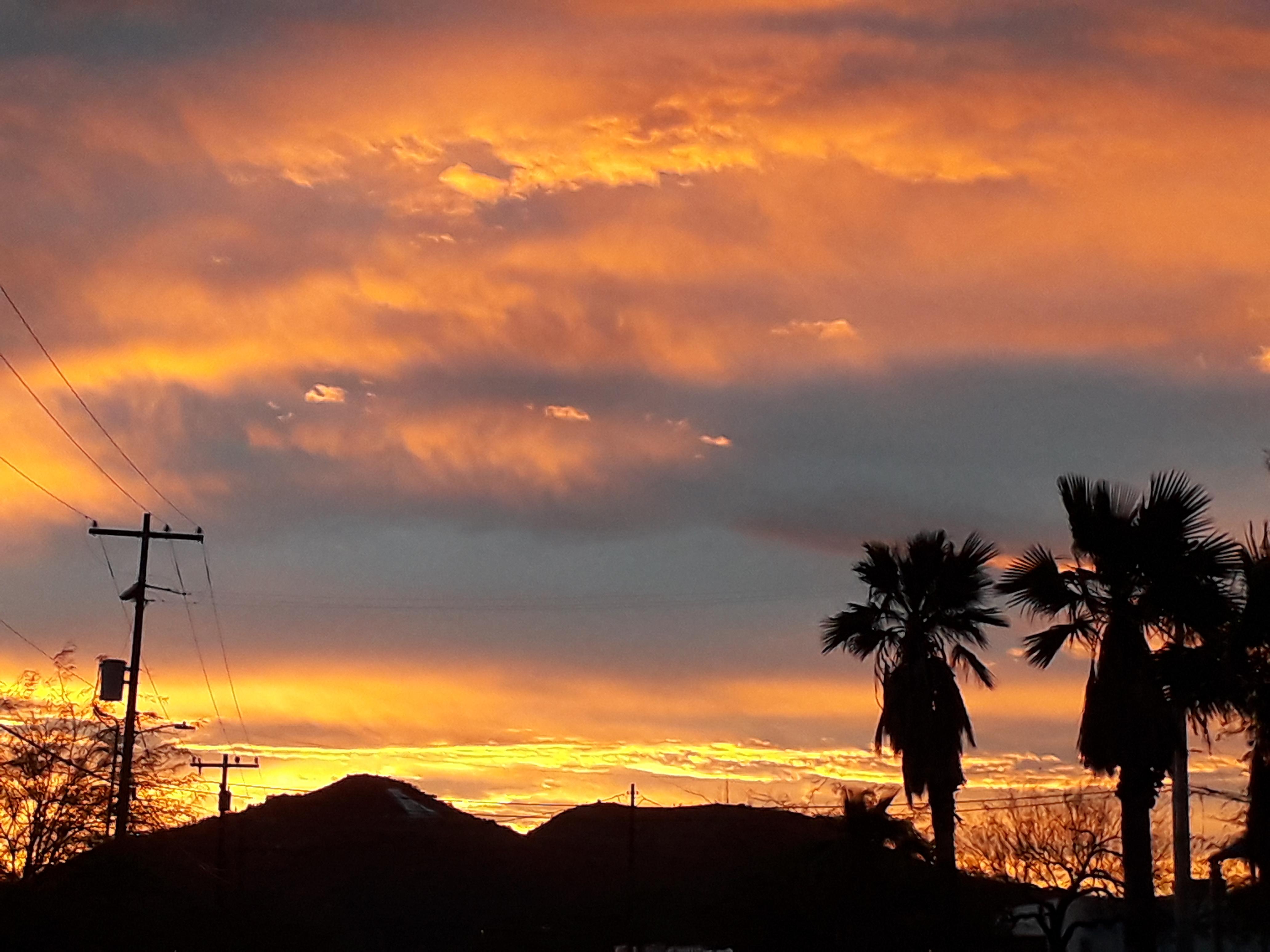