Spectrolite is a type of labradorite (a feldspar mineral) that is only found in one place in Finland. It displays a particularly vivid iridescence with an amazing colour range across the spectrum (hence the name given to it by Finnish geologist, Aarne Laitakari).

Spectrolite was first discovered in the Ylämma region of Finland during World War II, but the mining of the mineral only began after the war and it was in the 1970s that spectrolite became popular for use in jewellery.

It has a hardness of 6-6.5 on the Mohs scale and can therefore be used in many types of jewellery. It is also quite inexpensive. 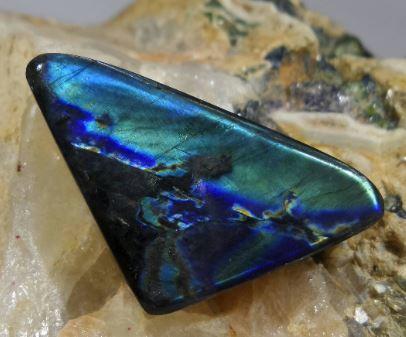